One Remedy at at Time? Really? 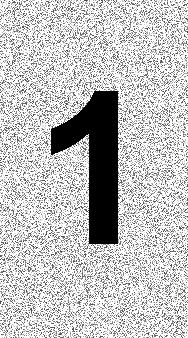 One remedy at a time

The idea of homeopathy is that each person has a story. Many people can recognize that they do have patterns in their lives, both mental, emotional, and physical, that have remained pretty consistent over the years.  The role of the homeopath is to illicit the story through a homeopathic interview. Then a remedy is administered that matches the story of the client.  More on how we know that information in an upcoming post.

The homeopathic remedy helps change the story of the people who take it.  So, instead of responding as Belladonna or Sulphur, for example, you respond as yourself.

By contrast, Western medicine (allopathy), admittedly seeks to suppress the symptoms.  If you have allergies, just suppress the symptoms with an anti-histamine.  If you are feeling depressed, you can numb out the depression. The problem, of course, is that none of these drugs actually heals the problems they address, they just manage them—and aren’t always very effective at that.  More often than not, there are also side effects to deal with.  This then can result in additional drugs to control the side effects.

And so the cycle continues.  The story of the patient never changes.  The symptoms are suppressed, so they must be expressed elsewhere in the body.  After a few months or years, another set of symptoms appears, and another prescription drug is added to the regiment.

By changing your story with homeopathy so you no longer believe, for example, that you are unlovable, or that you need to always be right, or that the world is a dangerous place, your body no longer needs to tell that story in the form of physical pathology.

Some people have layers of stories and by treating one layer, another story emerges.  Then the remedy picture is changed and a different remedy is given.  So yes, you can be healed by using one remedy at a time.

Hundreds of thousands of people have had one future and with homeopathic treatment, are given different future.  You can join the ranks of those who are living life as themselves.