A Posthumous Remedy for Whitney Houston

The loss of a great talent is always sad, and when that person dies at a young age, it is especially distressing. 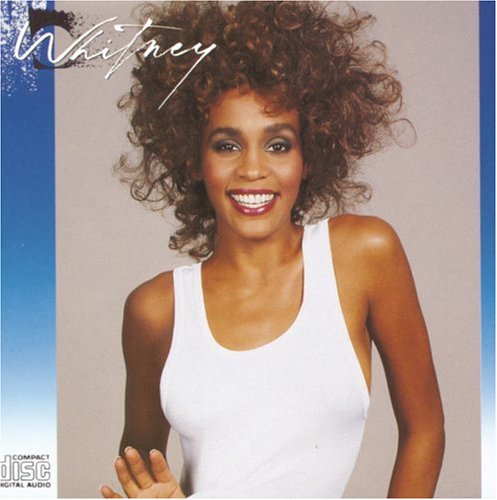 It is unfortunate that Whitney Houston didn’t know about homeopathy (or if she did, she clearly wasn’t using it).  Her anxiety about whether she was good enough could have been helped.

Normally, a homeopath can’t just figure out a remedy for someone without sitting down with her and hearing the story in her own words.  Fortunately, we do have interviews with Whitney and stories related by several friends and acquaintances that have been played on TV and printed in magazines and the internet in the wake of her death and funeral.  Still, to be able to ask her questions would make this more accurate.

Whitney needed a remedy from the Mineral world, which is generally about finding ones place in the world.  She knew she wanted to be a singer, but she was often torn about the type of music she sang and whether she was a good enough actress to be in the movies.

Specifically, I would choose a mineral remedy from the Fifth row of the Periodic Table. This row includes remedies for very creative people:  artists, musicians, actors, etc.  It also includes athletes, because it is all about performance.  Attorneys, ministers and healers are also often found in this row.

I would choose Palladium Metallicum for Whitney Houston.  Palladium is in the 10th column of the periodic table.  In homeopathy, remedies in the 10th column are the most confident.  But it is important to know that they can also have the opposite symptoms as well.  Also, think of the 10th column as the top of the peak.  If you are standing at the top of the peak, you need to balance yourself and can easily fall one way or another.  Remedies to the right of Column 10 are often seeking a way to get back to the top where they once were.  Remedies to the left of Column 10 are hoping to finally arrive.

Palladium is the sparkling success, glowing under admiring looks, the glittering prize.  They want people to admire them and the more admirers the better.  They love the lime light.

However, on the reverse side of this remedy, they can lack confidence, feel humiliated, experience wounded pride.  It is possible that Whitney Houston needed this remedy while she was at her best but needed a remedy to the right of Palladium when she started to fall.  Argentum (silver) is in Column 11.

I would consider Argentum Nitricum or Argentum Metallicum.  Both of them have performance anxiety, which she had.  They also like to be admired and acknowledged, but don’t feel they are anymore.  They can become quite dictatorial and condescending (which she was) if they don’t get what they want.  She apparently had people in her entourage who would never tell her “no”.  The other reason for considering an Argentum remedy of some sort is because people who need these remedies are very concerned about their image.  Whitney Houston had her imaged managed very carefully and her marriage to Bobby Brown was a rebellion of sorts towards that image management.  The fact that she had someone else managing her image is the same as her managing her own image.

Argentum Nitricum has more anxiety than Argentum Metallicum.  They are afraid they can’t deliver as promised anymore.  They look for a way out of performances (boy, did she!), they feel nervous before every performance, they feel suffocated and want to escape.

It is possible that she needed Palladium while she was successful and one of the Argentums once she fell from the top.  Another option are the Antimoniums (Stibium).  The reason is that people who need these remedies often have a foul mouth, which apparently she did, but not on stage.  But she probably married a person who needs an Antimonium remedy.

In preparing to write this blog I watched several Whitney Houston videos and listened to her songs on Spotify. It broke my heart to see her singing The Star Spangled Banner at the Super Bowl.  She was in her element there.  Happy, glittering, glowing. http://youtu.be/eS4v431Mlak  Her rendition of Dolly Parton’s I Will Always Love You was one of the top selling singles ever.  Yet, the delusion persisted that she wasn’t good enough.

Homeopathy can do a lot, but it can’t bring back a person from the dead.  It is sad that more people don’t know about it as an option to remove their delusions and improve and even save their lives.