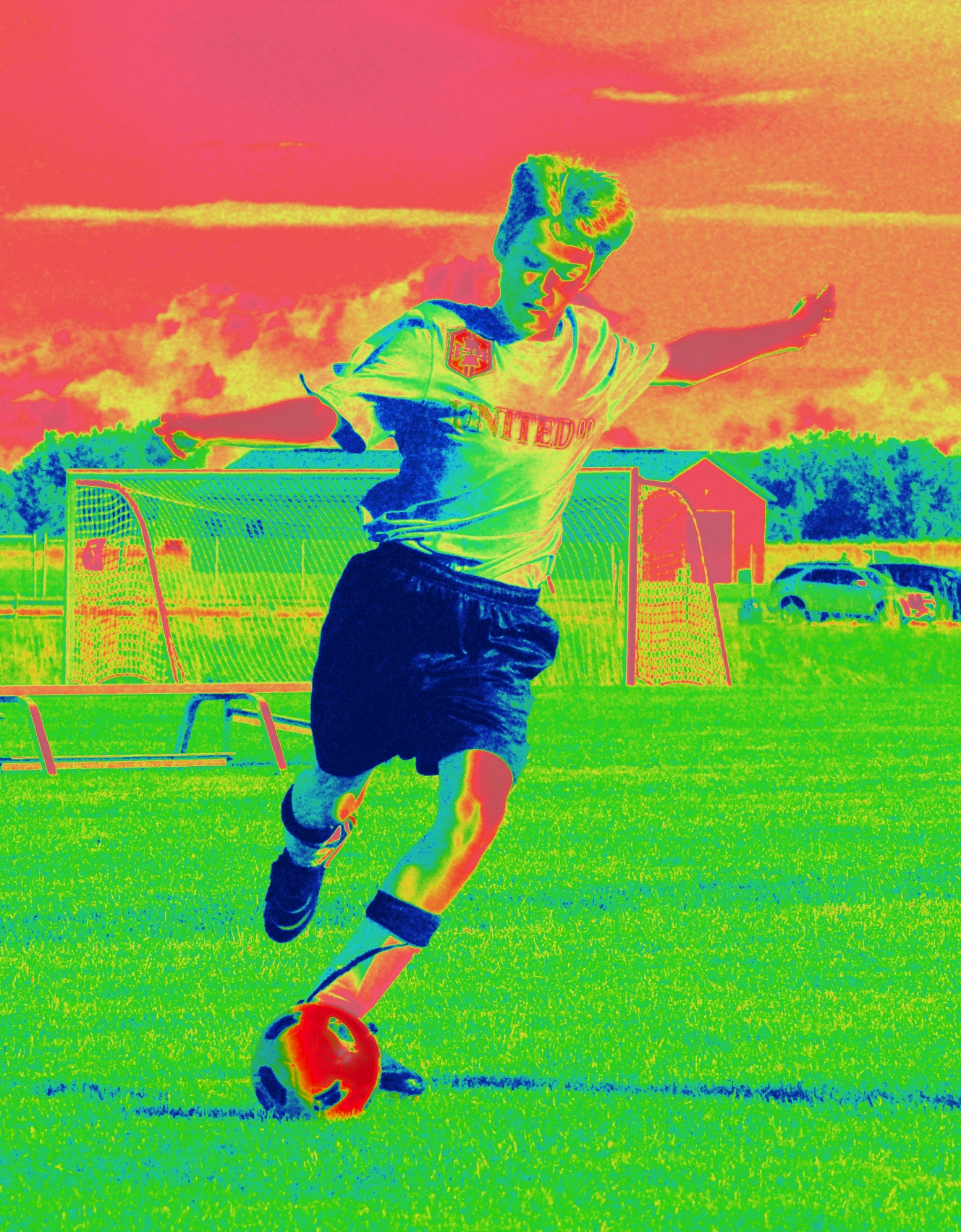 Soccer can bring about hamstring and other injuries.

Two of my friends were hit by a car last weekend.  One is still in the hospital.  Another friend brought them some Arnica, which is the remedy for Trauma.  It was a 1M dose of Arnica.  It helped.  But it wasn’t strong enough. High  Potency Arnica is needed for some injuries to heal.

That is always the tricky thing about using homeopathy.  When do you know if it is the wrong remedy and when do you know when to go to a different potency?

In the case of my friends, I knew it needed to be higher just by virtue of the incident that caused the trauma.  You can’t be hit by a car while sitting on a sidewalk café and not need 10M Arnica.

But by helping out my friends, it occurred to me that perhaps my son also needed 10M Arnica for his most recent soccer injury.  His team was playing up in a soccer tournament last weekend. (They won their bracket, by the way.) It was 12 year olds versus 13 year olds, and very big 13 year olds on the opposition Blackhawk team, I might add.  He did a slide tackle and when he stood up, he realized that he had pulled his hamstring.  He limped over to the bench, which was fortunately nearby.  The trainer came over and confirmed what had happened.

Arnica Montana, in the wild.

This past week, he has been icing and bathing and taking Arnica—first 200C and then 1M.  It was helping.  But I felt like it could be helping more.  I knew the friends needed 10M Arnica, so why not my son?  It was unlikely to aggravate anything.  He isn’t particularly sensitive to this remedy. There was really no reason NOT to give him the stronger dose.  So I did.

A couple hours after giving him the 10M, he said he could definitely walk better than before the 10M.  He wondered if he should have another dose before bed.  I wondered if he was feeling worse again.  He wasn’t.  So we waited.  He woke up this morning and could lift his leg like he had been unable to do since the injury.  A miraculous recovery.  In case you don’t know, a hamstring pull includes tearing of muscle fibers.  They do heal, but it can take months.  Over and over again, my clients and I have both heard stories from doctors about how miraculous it is that they recovered so quickly using Arnica. This is from surgeries and injuries. Studies bear it out as well.  (Sharma S , Sharma N, and Sharma R. Accelerating the healing of bone fracture using homeopathy: a prospective, randomized double-blind controlled study BMC Complementary and Alternative Medicine 2012,12(Suppl 1):O61 doi:10.1186/1472-6882-12-S1-O61) (Brinkhaus B, Wilkens JM, Ludtke R, Hunger J, Witt CM, Willich SN. Homeopathic arnica therapy in patients receiving knee surgery: Results of three randomised double-blind trials. Complement Ther Med. 2006 Dec;14(4):237-246.) So I have no reason to doubt it was the Arnica that helped.

He is ready to get back on the soccer field, but fortunately, has a couple more days to rest before practice.

I am now thinking that I am going to err on the side of high potency prescribing in the case of injuries, especially after the first day or two. Personally, I find the lower potencies (30C, 200C) help the pain more immediately, but long term healing often requires higher potencies. Arnica isn’t the only injury remedy, but it is almost always the first one.  As a practitioner, I have access to the high potencies that the average person is unable to purchase.  But let me know if you need help with an injury.  Get back on the pitch, court, or field sooner.  Try high potency homeopathy.

The “C” after the number in a homeopathic remedy means the substance has been diluted a ratio of 1 in 100.  The number in front of the C, as in 30C, means that it has been diluted that many times, as in 30 times for a 30C.  The M is still a C potency, but is easier to read.  1M is 1000C.  10M is 10,000C.  The higher the number, the more cycles of potentization and the more potent the remedy.  Check out lotushomeopathy.com for more information on homeopathy.

If you are an athlete and would like to know what to do with your injuries, join our Facebook Group Get Back In The Game Faster:  Healing Athletic Injuries Naturally!

If you have an injury that you have had for a long time, schedule a complementary consult and see if homeopathy can help you!