Seasickness Prevention and Relief with Homeopathy

When my kids were little, I watched an episode with them of the television show Myth Busters.  They were talking on the show about motion sickness and was there anything that could help.  One of the options they tried was a homeopathic blend of presumably low potency remedies that were known to be helpful in situations of seasickness and other motion sickness. The homeopathic remedy blend didn’t fare too well.  No surprise. 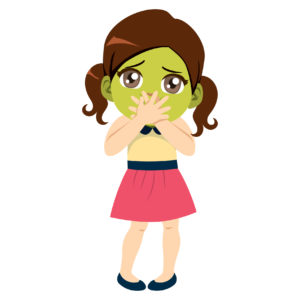 As a homeopath, I know from 18+ years of experience that having the right remedy in the correct potency makes all the difference. Given that this is the time of year that people tend to sign up for ocean cruises or other vacations that may include a day trip on the ocean, I thought I would offer some better options than the blend that the coop might carry.

I have had many people contact me prior to their voyages for help.  I haven’t had a single person come back and report that nothing helped when following these instructions carefully.  There is just one caveat, however.  Traveling on the ocean is an unusual circumstance for those of us living in the landlocked Midwest.  More common than seasickness is motion sickness when traveling in an automobile.  I have found that some people can be helped with these seasickness remedies in a car as well.  However, most of the time, a good constitutional remedy is required for car sickness, as it is a frequent occurrence and is a more deeply seated dis-ease.  So go ahead and try these, but if your or your child’s car sickness does not improve, contact Lotus Homeopathy for a constitutional consult.

If you have experienced seasickness before, you may remember your symptoms and be able to determine which remedy you need prior to your next expedition.  But if you are not sure, it is probably a good value to get all the remedies and bring them all along.  Family members may need a different remedy than you do.

The number of pellets per remedy is indicated on each bottle. Take the remedy as indicated above, or between each incidence of vomiting. If nausea is the only symptom, take every 2 to 3 hours, or as needed. It is okay to take more, if the effectiveness of it wears off in less that 2 to 3 hours. If there is the least perception that the remedy is helping, do not switch remedies until you have taken 3 to 4 doses. Click here for more information on taking homeopathic remedies.

I hope this helps you have a great vacation!  Bon Voyage!