Ketamine versus Homeopathy: Is Ketamine All It’s Cracked Up To Be?

The world is always looking for a way to build a better mouse trap.  One of the elusive mouse traps is a pharmaceutical which can help relieve symptoms of uncurable anxiety and depression. This includes PTSD and CPTSD.

One of the new traps on the market is Ketamine Infusions.  Ketamine has been around for a while, but when administered through infusions, it is thought to be the answer to these difficult mental health disorders. It has shown enough promise the VA is considering its use for wartime vets with PTSD.

But hold on just a minute there Tom.  Catching Jerry might not be as easy as you think.  Ketamine may not be the better mouse trap we have been led to believe it is.   How does Ketamine compare with Homeopathy, a tried and true form of healing which has been around for 200 years? 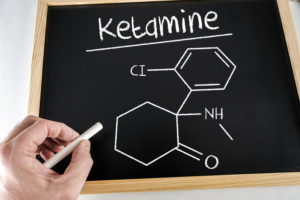 Known as “Special K” in the party drug/rave world, Ketamine is also an anesthetic for animals.  For humans with intractable depression and anxiety, it is administered as an IV infusion (as an off label, unapproved use), so you can’t just take pills or a shot.

In additions to its touted benefits, there are some serious side effects that need to be considered.

Among the side effects of ketamine infusion is dissociation.  That is also a symptom of PTSD/CPTSD.  So taking the drug can cause it and cure it—albeit temporarily in this case. Thus, it has a homeopathic effect—although crudely so. It isn’t made safe through potentization like homeopathic remedies are.  If this doesn’t make sense to you, click here to read more.

Along with the potential benefits of a Ketamine infusion (not everyone responds positively) are long term side effects, including

Amongst abusers of “Special K”, these side effects can be expected:

One can assume this may also happen over time to those who get ongoing infusions, but the research isn’t in yet.  Yikes!  I’m pretty sure I wouldn’t volunteer for that study.

How Much Does It Cost?

If taking an animal drug or party drug isn’t concerning enough, one of the other drawbacks is that it isn’t usually covered by insurance, and the cost is a minimum of $300.00 per infusion ($500 per infusion at the clinic in my town).

Furthermore, clinical studies have shown the benefits of infusion may only last for a week or two. This can be cost prohibitive for most people who are suffering from intractable depression and anxiety and PTSD, who in many cases may not be able to hold a full-time job.

Which Is The Best Option? 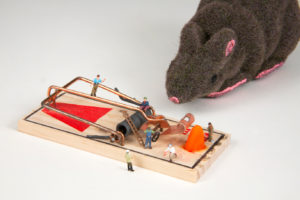 On the one hand, we have Ketamine, which can temporarily relieve symptoms of PTSD, but also permanently damage your body over time, and permanently empty your pocket book.

But, on the other hand, we have Homeopathy—which uses remedies chosen just for you, which can permanently relieve symptoms of PTSD, has zero side effects, zero damage to your organs, and a year’s worth of treatments can be had for less than a month’s worth of treatment of Ketamine infusions.

Which is the better mouse trap?  The promising but risky invention? Or the tried and true, safe standard?

Use the chart below.

I think the answer is obvious.  If it is obvious to you, click on the BookNow button and schedule your Initial Appointment Today.