Yes, You Can Recover From PTSD and CPTSD 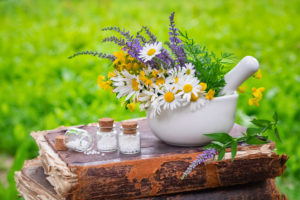 It is really common to hear people talk about their illnesses, whether it is PTSD or something else.  It seems to be the topic du jour almost any place you go.  It often goes something like this:

I was having a conversation about homeopathy with someone a while back and he asked me if it bothered me that people could get so much better if they would just try something else.

The answer is yes, it does.  It not only bothers me, it breaks my heart.

And it angers me that someone would tell another they can never get better. That sounds like a job security comment rather than encouragement and truth.

It makes me want to shake people and say, “Listen!  It doesn’t have to be this way!”  (Shaking people is not a particularly effective method of getting through to people.)  I am a problem solver by nature, so this denial that you can actually get better just doesn’t sit well with me.

Would Your Doctor Really Know?

Sometimes people won’t recover because they won’t try anything different.  “If it worked, my doctor would know about it.”  Well, not really.  If they studied it, maybe.  Medical schools are funded by pharmaceutical companies, so no, they aren’t going to learn about homeopathy in medical schools.  And medical journals, well, they are also funded by pharmaceutical companies, so research on homeopathy and naturopathy gets published in other types of journals.  Journals that most MD’s don’t read.

I’d like to say to each of them, “The doctor isn’t the final word on whether something works or not.”  If doctors don’t read the journals in which homeopathy studies are often pubished, how would they know about the research?  They aren’t experts in homeopathy, therefore, their viewpoint is an uninformed opinion.

What About Family Illnesses?

It is pretty well established that trauma can pass on from generation to generation.  One could say that “It runs in the family.”

So if your mother and grandmother and two sisters have symptoms of experiencing trauma even though there really was no trauma, you might too.  But it doesn’t mean you have to either live with it or follow the western medicine treatment (or lack thereof) that they all did.

This is true of all family illnesses.

If all your nieces and nephews have ADHD, it doesn’t mean your children have to live with it.  They can be successful and actually recover from the dis-ease they are currently experiencing rather than just managing it.

What Role Does Stress Play? 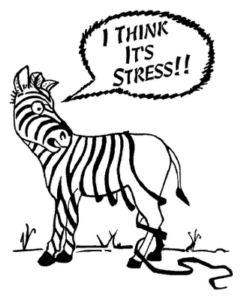 Another way to think about diseases that “run in the family” is about how we learn to compensate for stressors in our lives. Homeopathy helps with stress and helps individuals deal with stress.  We learn how to compensate and deal with stress from our families.  While it may in the short term help with the acute stress, in the long term, stress can cause dis-ease to turn to disease.

If we respond as we learned, we may develop the same dis-ease, and therefore disease, that our family members do.  This is a learned response rather than a genetic response.  It could be a physical response like a hormonal issue, or a mental/emotional response, such as choosing to drink or use drugs when you are feeling hopeless.  Because several people in the family make the choice to take medication that helps only minimally or self-medicate, it seems normal.

Healing with homeopathy can help prevent dis-ease that “runs in the family” or that the doctors don’t have a “cure” for–including PTSD and CPTSD. People might say I am giving false hope.  I disagree.  What about the audacity of hope!

Get Started on Healing Your PTSD or CPTSD

If your CPTSD or PTSD is from your own experience or whether it is intergenerational trauma, you can recover from it with homeopathy.  You aren’t required to suffer or “live with it.”

If you’d like to find out a little more about it,  join our Facebook Group Healing PTSD Naturally. Or, if you have questions or aren’t on Facebook, schedule a Complementary Consult and we can chat for 15-20 minutes and see if homeopathy can help you.