Athlete Gets Back on The Court in No Time

My twelve year old son Dylan received his most serious injury of his young sports career this past weekend. 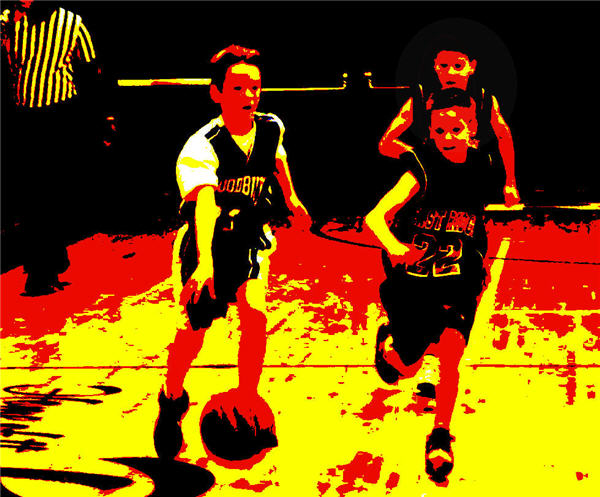 Basketball season has begun.  Although soccer is his best sport, Basketball is a good complementary sport for winter–it helps develop his upper body whereas the focus is on the lower body in soccer.

But it is a contact sport, and often the contact is with the floor.  He got pushed  from behind and fell on his left hip and elbow.

I could see that this was for real.  He winced in pain and could hardly get off the floor.  He did not play the rest of the evening.

We got home, I gave him Arnica for the trauma. Upon closer examination, it appeared he had a hip pointer.

I was not scheduled to be home on Saturday, so I couldn’t keep tabs on how he was really doing.  I was teaching an Acute Care Homeopathy course all day.  During class, I was talking about a remedy called Ruta, which is for shin splints, injuries to the periosteum, sprained ankles and wrists, and is also a specific for injuries to the illiac crest.  As I was teaching, I said, “This is what I need to give Dylan!”  A hip pointer is an injury to the illiac crest.

He felt like the Arnica was helping him, so I waited to see how he was Sunday morning.  It wasn’t looking good for playing that afternoon.  I wasn’t satisfied that he still needed Arnica.  I gave him some Ruta 200c.  Within an hour, he said, “Mom, come and see my hip.”  The bruise was completely gone.  He was running around, feeling MUCH better.  I gave him one more dose before his game. He decided to try warming up at his afternoon basketball game.

Apparently warm ups went well because he played.  He scored 6 points and was unbeatable on defense. They won in overtime.

He was a bit sore in the evening.  I gave him another dose.  He didn’t even mention it this morning.

So all you athletes:  Ruta 200C or higher for hip pointers.  This is an injury which, according to most accounts, takes 1 – 2 weeks to heal.  For Dylan, it took 2 days.  Who knows, if I had switched sooner, it may have been better sooner.

If you need help with an athletic injury, let me know.