Preventing Illness with Other Illness

We are in the midst of a Pertussis outbreak in the US. 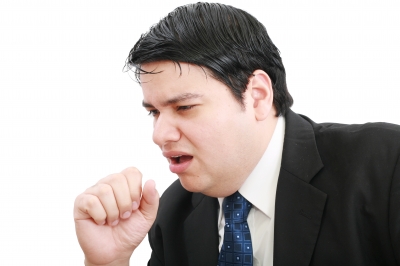 My family has not been untouched by this illness, which is also called Whooping Cough, but this is not a surprise.

My youngest son got it in school and the rest of us from him.  Usually you think you merely have a cold with a cough when you first get it.  By the time you figure it out, you are not contagious anymore.  OOPS!  Amazing how nature created this little bug to perpetuate itself by having humans think it is a common cold until it is “too late”.

Homeopathy helps.  So does acupuncture.  There are many options.

The Pertussis vaccine is frankly, pretty “puny”, as one MD blogger described it.  It doesn’t give you lifelong immunity.  You are lucky if you get 8 years out of it.

As I look online to figure out the lifelong immunity questions, I am finding that most so-called experts are suggesting that even suffering through a case of Pertussis will not confer lifelong immunity.  I have no evidence to suggest the following is true, but it is something to think about.

There is a belief by many that the reason so many people are developing Shingles (which is caused by a reactivation of the Chicken Pox virus) is because parents and grandparents are not being re-exposed to the virus by their children and grandchildren when the youngsters get Chicken pox, because the vaccine is reducing the number of wild cases.  And just a side note for those of you who are looking for other children with Chicken Pox, your child can also get exposed to the virus by associating with someone who has Shingles.

(If you are reading this thinking you are going to post a comment on how awful it is to intentionally expose a child to a virus, do not bother to comment.  You’ll never convince me otherwise and I won’t post your comment. Besides, aren’t you also exposing them to a virus with a vaccine?  Make that a virus and a bunch of toxic chemicals….)  The re-exposure to the virus asymptomatically reactivates the immune system towards that virus and Shingles has less of a chance to rear its ugly head.  Dr. Mercola refers to Shingles as the Evil Cousin of Chicken Pox. http://articles.mercola.com/sites/articles/archive/2010/11/02/chicken-pox-vaccine-creates-shingles-epidemic.aspx

I am starting to wonder if Pertussis used to be a lifelong immunity, but with the vaccine, no longer is lifelong, in the same way that not being exposed to the Chicken Pox is causing problems later in life as well.  Perhaps being exposed to a child or grandchild with Pertussis reactivates the immunity as well.

Homeopathy to the rescue, once again.

Since the early 1800’s, Homeopathy has been used to prevent disease.  Homeopathy is basically introducing an artificial disease, although it is energetic, rather than material.  So just as exposing an adult to the wild Chicken Pox virus or possibly the wild Whooping Cough bacteria can help prevent symptoms of the disease from manifesting, this can also be done with a homeopathic dose of the virus.

If you already have the Chicken Pox, Shingles or Whooping Cough, homeopathy can be extremely helpful.  Please call for remedy suggestions (there are many, so it is hard to put them in a blog).

If you wish to prevent future Shingles, a few homeopathic doses of Zoster in two different potencies has been shown to prevent Chicken Pox and presumably, reactivate the virus to prevent Shingles.  Of course, Stress is a huge factor in the appearance of Shingles, so homeopathy can help with that as well. Now would be a good time to re-expose yourself to the Varicella Zoster virus energetically, rather than risk the Shingles “vaccine” and its toxic ingredients at your local Walgreen’s.  BTW, the Varicella Zoster virus in the Shingles vaccine is sourced from a child with a naturally occurring case of chicken pox.  Good thing the Chicken Pox vaccine is so lame and there are enough “refusers” that Merck can make money off these children.

The same is true of Whooping Cough.  The Pertussis bacteria is included in any tetanus shot you get these days.  I know of no one who has ever had both Pertussis and Tetanus at the same time, so I am not sure the logic behind including them together.  Nonetheless, a homeopathic exposure to Pertussis has been shown in studies to create an immunity to Whooping Cough and has been doing so for at least 100 years.

Let me know if I can help.