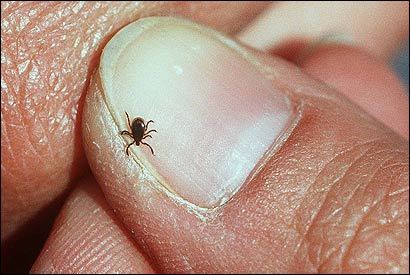 Recently I posted about how homeopathy can help someone recover from Autism by using the CEASE Therapy protocol.  Much other dis-ease can also be helped with the Isotherapy component of CEASE.  (CEASE stands for Complete Elimination of Autism Spectrum Expression.)

While homeopathy means “similar suffering”, Isotherapy works by using the SAME causative agent, not a similar one.  The first time I remember hearing about this method of using homeopathic remedies, I was still in homeopathy school.  One of my teachers told us about having Crystal Light potentized (that is, turned into a homeopathic remedy) to help a little girl who had never been well since drinking that particular flavor of Crystal Light.  It helped the girl immensely.  (I try not to think of all the chemicals in that cocktail of aspartame sweetness.)

So if you were bit by a deer tick, potentized deer tick, Ixodes scapularis, is the isotherapy for Lyme’s Disease.  The pharmacy from which I secure my CEASE remedies has potentized ticks which carry all four bacteria that are commonly transmitted by the deer tick.  Using progressively stronger doses of Ixodes scapularis will help a person recover from Lyme’s Disease.  There are other remedies and a supplement or two that can work side by side with the isotherapy to help remove the energetic imprint of the deer tick.  Once the Isotherapy is completed, the protocol ends with a Classical Homeopathy remedy.

Just a side note, it may seem like mid summer is an odd time to be writing about tick bites when spring tends to be tick season.   But that is only true with woodticks.  Deer ticks are active for over half the year.

I recall that in 2010, the Minnesota Legislature tackled a tough problem.  Many physicians were being investigated by the medical board for using ongoing, low dose antibiotics to deal with chronic Lyme’s disease.  This protocol is not part of the Standard of Care (which, BTW, is not written down, but like pornography, you know it when you see it), and doctors who thought it worked were not supposed to be doing that, regardless of the results.  The Legislature, not wanting to tell doctors how to do their jobs, finally got the Board of Medical Practices to agree to a 5 year moratorium on investigations of physicians using long term antibiotic therapy for chronic Lyme’s disease.

Now that the CEASE therapy is being made more well known, perhaps some of those suffering this horrible, debilitating dis-ease can get relief OFF the antibiotics.  It would be nice if the MD’s could actually refer their patients to a homeopath, but they cannot.  That is a subject for another post.

The Isotherapy is not the first plan of action for Lyme’s disease.  If you get bitten by a deer tick and see the characteristic Bull’s Eye, the remedy of choice to start with is Ledum 10M, unless other symptoms seem more prominent. You should do this if you know you were bit by a deer tick but don’t get the bulls eye.  Ledum is for puncture wounds, and an insect bite is a puncture wound.  Remedies in that high a potency are only available through a homeopath.  Besides, this is not a disease you want to mess around with treating yourself.

Let me know if I can help.