Why I am not afraid of Measles

Okay.  Raise your hand.  How many of you were wondering when I would write a post on this topic, given the current hysteria about measles?

My goal in this entry is not to ramp up the hysteria, but to talk about measles, homeopathy, how you can be helped if you or your child gets the measles and how you can protect yourself in a safer, yet effective way.

Homeopathy and the Measles 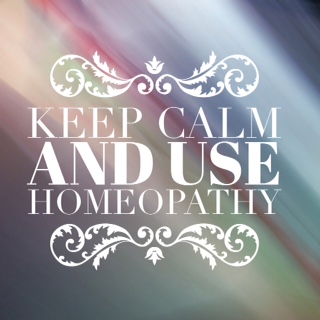 Homeopathy has been around for a couple of hundred years, fewer years than the measles have been around to be sure.  But many people used to turn to homeopathy to get through a case of the measles. (Why it is less common now days is a topic for a future blog or ten.)  So I did a quick search through my homeopathic repertory of symptoms and found 126 measles symptoms.  They not only included skin symptoms which describe the measles (there are several ways the eruptions can be expressed), but it also describes some of the complications of measles.  For example, there are remedies recommended for suppressed measles, the type of fever with the measles, pain in extremities, sleeplessness due to measles, coughs with measles, hoarseness with measles, measles in the mouth, etc.  Because they appear in the repertory, and these are clinical symptoms, there is a history of helping people who have the measles and display these symptoms.  Thus, I am not concerned about measles, as people with this dis-ease are readily helped with homeopathy.

As I look through the general measles symptoms, there are 89 remedies.  Many of these remedies are available in your local coop, health food store, etc.  Certainly the most common ones are also in remedy kits that you may have at home.

A Little History of Measles

Isn’t the word “measles” a funny word?  Say it a few times.  It is strange indeed.  Wanting to know from whence it came, I searched online.  Here’s what I found.  The Middle English maseles, is probably from Middle Dutch masel  meaning ‘pustule’ (compare with modern Dutch mazelen ‘measles’). The spelling change was due to association with Middle English mesel ‘leprous, leprosy.’

What?  Leprosy?  Well, no wonder the hysteria. The disease Leprosy carries with it a great deal of fear.  Banishment from the public, highly contagious, almost certain death, dying alone.  (Yes there are also remedies for Leprosy.)

Even if people are unaware of this relationship, the response has been the same.  “Put the parents in jail if their kids aren’t vaccinated.”  “Send unvaccinated children to Guantanamo Bay.” “Keep the children out of school.”  The word Leprosy, and it’s related words, carry a meta-physical property of fear with it.  Interestingly, there is a Homeopathic symptom of Fear of everything, accompanied by measles that don’t come out.  In other words, someone has been exposed to the measles, probably has a fever, but the spots won’t appear. An accompanying symptom is fear of everything. The one and only remedy in that symptom is Stramonium, which is one of the most fearful remedies in the Homeopathic Materia Medica.

However, Measles is not Leprosy, although Main Stream Media (MSM) would like us to believe it is.  Leprosy is a chronic disease, Measles is acute, which means it is self-limiting.  I had the measles, as did all my siblings.  We all survived, none the worse for it, and probably better because of it.  Until the advent of the measles vaccine, it was considered a mild disease, a right of passage, so to speak, of being a child.

Protecting Yourself Against the Measles 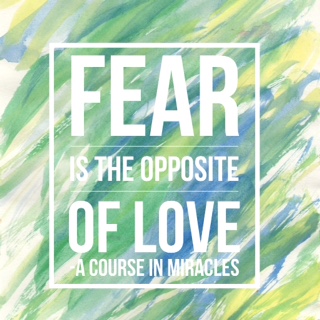 First:  Do NOT buy into the fear mongering.  Over the last decade, there have been many fear mongering attempts by MSM.  The Swine Flu (H1N1), The Bird Flu, Ebola, just to name a few.  How many of those attempts at scaring us turned into anything close to the magnitude predicted?  Exactly zero.  Kind of like the weather forecasters and their over-predicting storms.  (A prediction of more than a couple inches of snow is the kiss of death for a good old fashioned snow storm.)  Furthermore, fear mongering just causes anxiety in others, which makes them more susceptible to all sorts of dis-ease, including measles.

Second:  Homeopathic Prophylaxis for measles. Homeopathy has been protecting against the onset of dis-ease for over 200 years. There are a couple of ways that we can use remedies to educate the immune system.

One method is the use of homeopathic nosodes.  Nosodes are remedies made out of disease tissue.  The virus from measles was cultured or the sputum and/or open sores of someone with measles was turned into a remedy.  The measles nosode is only available from a homeopathic practitioner.  It is not sold in stores.  This form of prophylaxis can protect against dis-ease for both long and short term, as it gives an energetic experience of the dis-ease, thus educating the immune system.

Using the nosode is not the only way homeopathy can be utilized.  You can also take the Genus Epidemicus, or the remedy that most people need when measles is “going around”.  Of course, we don’t know what it is, because as far as I know, none of the 108 people who got the measles went to a homeopath.  But if they did, we might see a pattern.  It could be Arsenicum, Aconite, Pulsatilla, Ferrum Phos, Gelsemium, and others–again, commonly found in health food stores and coops. These are listed as remedies for prophylaxis in the Repertory. I would choose Aconite, as it fits the general hysteria that is going around the country.  People who need Aconite are certain they will die.  That is how people are viewing measles. Aconite is also more commonly needed in cold weather than warm weather.  We are fortunate that it is a mild winter in the midwest.

However, identifying the genus epidemicus can be tricky, especially when the virus is manufactured in a laboratory. (Notice I said “might” above.)  The CDC has been suspiciously quiet about whether the measles virus that is “sweeping” the nation is the wild virus or the vaccine virus.  Believe it or not, they are not the same.  So to be safe, I would take the Nosode.

Please click the Book Now button and schedule a Homeoprophylaxis Single Disease appointment if you would like some protection.

PS.  Updated in 2019 to say, nothing has changed.  There is still fear mongering going on!
Kathryn

These statements have not been evaluated by the Food and Drug Administration.  Homeopathy is not intended to diagnose, treat, cure or prevent any disease.