The Longer I Ride, The Better I Feel… 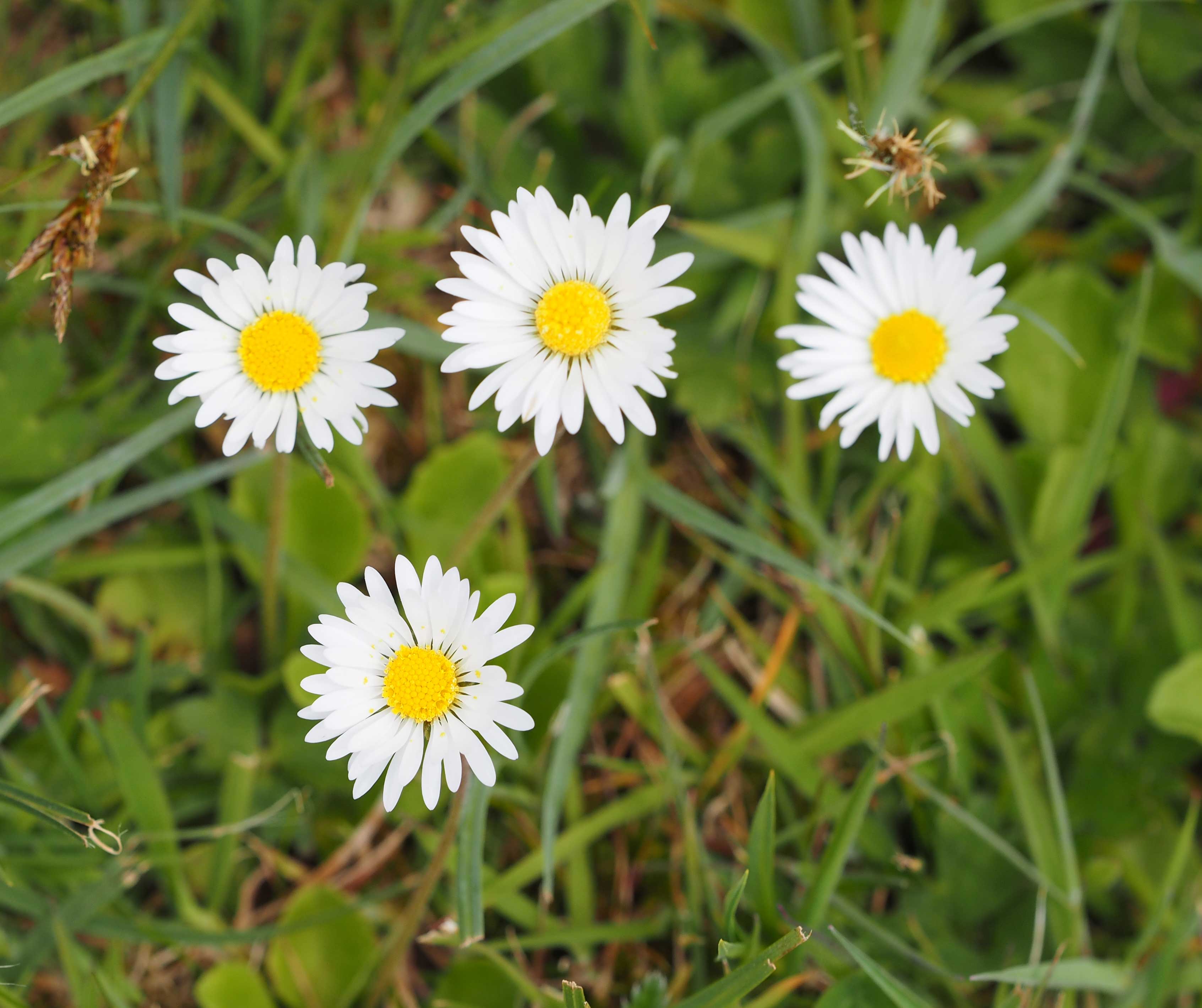 Bill Walton was an NBA All-Star when I was a kid.  He was fun to watch.  Definitely a fan favorite.  But he was frequently injured and has spent much of his life in pain, according to an article in the April 21, 2016 edition of the Wall Street Journal.

Long since retired, he has become a bicycling aficionado, to say the least.  Even when he was a child, he loved riding his bicycle, to practice, back home, to school, and just for fun. Now as a retired athlete, he has a great deal of time to ride his bike and rides it many hours each day.  He feels more comfortable on his bike than any other activity in which he may participate.  “The longer I ride, the better I feel,” he says.  Unlike many former pro athletes, he takes no medication and has no pain.

That statement is a perfect summary of the remedy Bellis perennis.

Bellis perennis is a relative of Arnica montana.  So it has a lot to do with pain and trauma. Arnica is a mountain daisy.  Bellis is a common daisy, and it is well known for “old gardener’s injuries”, according to the old homeopathy books. Indeed, it is also a remedy for old football injuries, and perhaps old basketball injuries.

People who need Bellis perennis often say that once they start moving they feel better, but their first motion is very painful until they have gotten going.  This is also true of the remedy Rhus tox.

The difference between the two remedies lies in Bill Walton’s statement, “The longer I ride, the better I feel.”

Like Bellis perennis, Rhus tox feels worse on first motion and better on continued motion. But with Rhus tox, eventually, enough is enough and you feel worse again. With Bellis perennis, you can never move too much.  You just feel better and better as you keep moving.

Here is a summary of Bellis perennis:

Here are some situations where you would choose Bellis Perennis over Arnica:

Arnica often denies that anything is wrong.  This is not part of the picture of Bellis.  Bell-P has ritualistic behaviors, so when injured might be very structured and insist on doing things a certain way. They also might be slow to figure out what is going on. They are generally cheerful, and often compensate by being the tough guy (Compositae family).

I’m not trying to get Bill Walton to stop riding his bike, but he definitely could use a break from riding hours on end.  (See need for ritualistic activity, above.)  Several doses of Bellis perennis over time would definitely enable him to feel less pain and have a more multi-dimensional life.

Oddly, Bellis perennis is not readily available in the store.  So if you need some, please contact me.