The Story of the Mysterious Pain in the Night 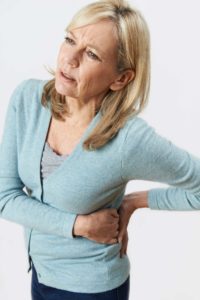 A couple of weeks ago, my son contacted me from college.  His urine was funny colored—kind of brownish.  He had done his usual search on Google University to see what it could be.  He thought, maybe dehydration.  He drank a bunch of water and an hour later, his urine seemed fine.

Naturally, this occurred at 10 p.m., when the campus clinic was closed. I told him that if he woke up with a fever or pain in his back, he should take himself to urgent care at the hospital.  After all, if there was any sort of Kidney Infection, I wanted to be on top of it ASAP!

At 3 am, he woke up with pain in his back on the right side.  Diagnosis:  Kidney Stone.

Later that morning, I got his symptoms from him.  Really, he hardly had any specific symptoms at all.  So I went with the standard Kidney Stone remedy:  Berberis Vulgaris.  Of course, he has a homeopathic remedy kit with him at college.  Of course, that remedy wasn’t in the kit.  Fortunately, my schedule that day allowed me to drive 90 minutes each way to bring him 30c and 200c vials of Berberis Vulgaris.  (Many thanks to the clients who agreed to push back their appointments ½ hour so I could get there and back in time for their end of the day appointments.)

The result was that the pain disappeared quite quickly after taking the remedy.  He passed the stone in less than 24 hours.  Painlessly.

The rapid, painless passing of a kidney stone is not an uncommon occurrence when someone uses homeopathy.  Seems impossible, but I have heard it many times–sometimes from clients, sometimes in sharing success stories with colleagues.  My son’s pain actually moved from his back to his abdomen, which probably meant it moved from the kidney to the ureter.  He took another dose, which made the pain go away again and he passed the stone the next morning. 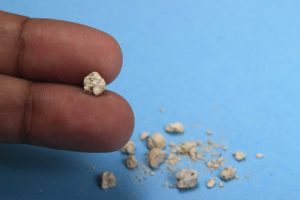 So if you wake up in the middle of the night with Kidney stones, or you get them any time of day, check out these remedies.  By using the correctly chosen remedy, you should pass the stone in 24 hours or less after starting the remedy.  If you haven’t passed the stone in 24 hours, but the pain is significantly reduced, continue another 24 hours before switching the remedy.  Follow this dosing schedule.  If the pain is reduced and returns, repeat the remedy.  Start with 30c.  If you have a really big kidney stone, start with 200c, if you have it.  Dosing should be less frequent with a 200c.

If you have chronic kidney stones, be sure to schedule an appointment for a constitutional consult so your body won’t feel the need to continue making the stones.

This is the most commonly used remedy for Kidney Stones.  If you have only general symptoms and few symptoms, try this one first.

What if none of these remedies match?

Only the most common remedies are included in this list. There are many more kidney stone remedies. If you have very specific symptoms, but they don’t match any of these remedies, be sure to call Lotus Homeopathy at 651-748-1556.