Side Effects of Drugs Causing Problems for Military and others with PTSD?

Why do so many wartime vets (especially those from the Gulf War) with PTSD also have peripheral Neuropathy?
Cipro may be the culprit. 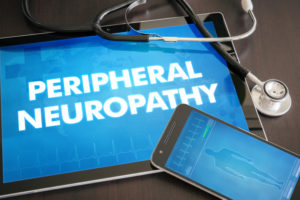 According to an article published in Military Times in 2013, there are many vets who were told to take Cipro for 60-90 days to prevent Anthrax. At the time they were told to do that, Cipro wasn’t approved for that purpose. But go ahead. Our brave men and women in uniform have been guinea pigs for vaccines all along. Why not the horrific Cipro? (Can you tell?  I’m a little jaded about all of this.)

Cipro belongs to a class of antibiotics called fluoroquinolones. They are very powerful and normally reserved for very serious bacterial infections.

But along with the power come far too many very serious side effects. They include: tendinitis, ruptured tendons (can be bilateral), arthralgia, myalgia, peripheral neuropathy and many central nervous system (CNS) effects (hallucinations, anxiety, depression, insomnia, severe headaches, confusion, psychotic reactions that have progressed to suicidal ideations/thoughts and self-injurious behavior such as attempted or completed suicide.).

Hmmm. Those CNS effects sound like PTSD.  Likely there are other drugs that cause similar side effects.

The problem with the peripheral neuropathy side effect is that it can be irreversible. In other words, permanent.  It is not clear if they have done research on the life span of the other side effects.

What Can Homeopathy Do?

If you served in Operation Desert Shield or Desert Storm, you took Cipro, and you suffer from any of these symptoms still, you could have a permanent imprint from the Cipro.

As a trained Homeopathic Detox Therapist, I have helped detox countless vaccines and other toxic medications from children and adults. 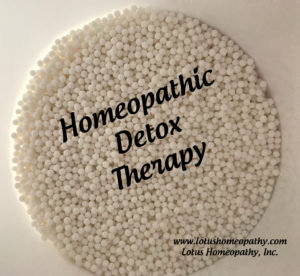 One detox case involved a four year old child who was diagnosed with autism and he couldn’t speak. His mother had been on Zofran, a medication to stop nausea and vomiting, all through the pregnancy. One of the side effects of the medication is “inability to speak.” One dose of the homeopathic detox remedy and he started talking.

Literally the next day.

So yes, Homeopathy can detox the side effects of the medications that have been taken. Even if it is supposedly permanent.

Even if you didn’t take Cipro, but had numerous, unnamed vaccines, you could still be suffering from the injuries from the toxins associated with the vaccines. After all, military personnel have long been test subjects for pharmaceutical companies. The need to clear the imprint of vaccines as an adjunct therapy to classical homeopathy is not unusual.

If you were a Cipro user during Desert Shield or Desert Storm, and also have PTSD diagnosis, join our PTSD and Homeopathy study.  To find out more about this, join our Facebook Group, Healing PTSD Naturally.  If you aren’t on Facebook, use the form at the bottom of our Contact Us page to reach out and we will send you an application.

Or, if you used Cipro, have some of the side effects still, but don’t have PTSD, schedule an appointment to get started on detoxification using Homeopathic Detox Therapy.