Healing The World Part 1: Why Are People So Sick?

Note:  This is Part 1 on a series of Healing the World.  More articles on this will be written and posted from time to time.

Note:  This is not a political post.  But given I have a background in Political Science and I also have spent about 8 years lobbying at the Minnesota Legislature for laws affecting consumers and practitioners of natural health, it is natural some of this will come forward in my writing.  This is not an endorsement of any candidate. 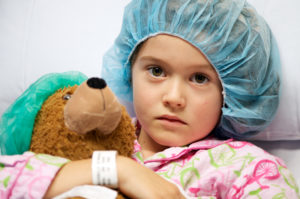 The Presidential race is upon us already.  The candidates spent a good deal of time discussing how health care insurance should be provided for Americans.  Big chunks of time were spent during the recent (June 2019) Democratic debates discussing this.

Only one candidate strayed from the boundaries of the usual discussion.  Marianne Williamson asked the question that I have been asking for years:  Why Are People So Sick?  And she stated what most natural health practitioners know to be true: We don’t have a health care system in the US.  We have a sick care system.

Before we examine the “Why” portion of this article, lets first see if it is true.

According to a 2011 health survey funded by the US Department of Health and Human Services, 54% of children in the US have a chronic illness.  This could be autism, asthma, allergies, or even auto-immune diseases such as diabetes. This is an incredible, but verifiable number. Back in the 1980’s and before, it hovered around 10-15%.  Autoimmune diseases in children are also rising and it is estimated that 13% -25% of school populations require special education services at some level.

I think it is safe to say that children in the US are really sick.  If you’d like to read more, please go to www.childrenshealthdefense.org. 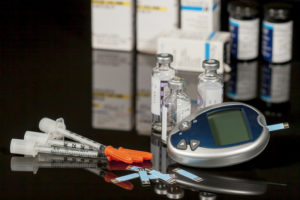 Chronic diseases are defined broadly as conditions that last 1 year or more and require ongoing medical attention or limit activities of daily living or both.  According to the Rand Corporation, 60 percent of adults have at least one chronic disease and 42 percent have more than one. These numbers are from 2014 data.

All of these numbers mean that up to $1 Trillion is spent annually on health care.

Homeopathy To The Rescue?

Some people ask the question, if homeopathy is so effective, why isn’t everyone using it?  Why don’t doctors use it? There are two books 1-2” thick that discuss why homeopathy isn’t more mainstream in the US.  So I don’t think we can really get into the history of homeopathy in a brief blog post.

There are hundreds of studies that show the effectiveness of homeopathy as it relates to many named conditions.  Your doctor might not be familiar with the studies, but they do exist.

People often say that pHARMaceuticals just keep you dependent on them, so they don’t want people to get well.  They also say doctors are complicit in this.  I can’t argue with this logic, but I do believe that not all physicians share this viewpoint.  Some, and probably a majority, really do want their patients to get healthier. (This is not the sort of data that can be determined with a survey.) 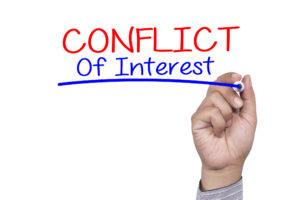 Doctors are not allowed to get financial kick backs from pHarma, but they are allowed to invest in pHARMaceutical companies, thus creating a fox guarding the henhouse situation.  Also, pediatricians do get bonuses from the insurance companies for having a certain percentage of their patients vaccinated.  Fox–Henhouse.

Doesn’t it seem like the insurance companies should be on the side of the patient?  After all, if they have healthier patients, they don’t have to pay out as much to the clinics, thus saving money.  Oops!  But guess what?  Health Insurance Companies also invest in pHARMaceutical companies.  The more drugs that are sold, the more money the insurance companies make.  And of course, they are able to purchase drugs and vaccines in particular at a discount.

So how do we make sense of all of this?

Why Are People So Sick?  Here’s Why…

I had the distinct honor of hearing Robert F Kennedy Jr. speak at a fundraiser earlier this year.

The question was asked, why don’t the insurance companies support fewer vaccines, fewer prescription drugs? It seems like the logical thing.  This is a synopsis of the explanation he gave.  Many thanks to him for giving me an explanation to a question that has made me wonder for the better part of two decades. 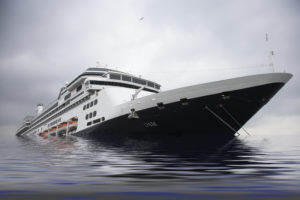 Let’s say that Lloyd’s of London (a world famous insurance company) decided to insure boats.  If only one boat sinks per year, are they going to sell many insurance policies on other people’s boats?  No.  No one will think that their boat is the one boat that is going to sink that year.

What if 20 boats sink each year?  They will probably sell more insurance policies if 20 more boats sink, because the odds are greater that your boat will be one of the boats that sink.

What if 100 boats per year sink?  Many, many more people will buy insurance policies on their boats because they will be more likely to think that their boat will be the sinker.

How many boats are too many boats and the insurance company stops making money?  Only the actuaries know for sure, and you can be sure they do know.

How Does This Apply to Health Insurance?

So back in the 1960’s and 70’s, when the number of chronically ill children and adults was far fewer than it is today, most people had a major medical policy and paid for their doctor out of their pocket. Starting around the late 1980’s, after the US Congress passed a law removing liability for vaccine injuries from pHARMa, and the vaccine schedule started to get bloated, the number of sick children increased along with the schedule.

In terms of adults, those children became adults and carried their chronic diseases with them.  Also, adults were getting exposed to advertisements direct to consumer on television from pHARMa.  They went to their doctors and demanded drugs, and the physicians acquiesced.  The more drugs you take, the more side effects you deal with, so then you are given another drug to deal with the side effects.

This creates multiple opportunities to create new disease. First, you are suppressing symptoms, which usually then creates new symptoms.  Second, you have toxins floating around in the body from the drugs.  Third, all those drugs cause problems with your liver and/or kidneys as the body tries to flush them out.  Usually these vital organs of detoxification are operating at less than optimal levels. This often shows up as eczema, anger issues, depression, etc.  Read this article for more on Liver problems.

All of this maintains the current chronic illness and creates new ones.

Before all of the increase in chronic disease, were people clamoring for universal health care coverage?  Was health insurance coverage outrageously expensive?  Not in my memory.  And I am old enough to remember when it was different.  I bet the health insurance companies LOVE that so much attention and energy goes into this discussion.

Why Are People So Sick? 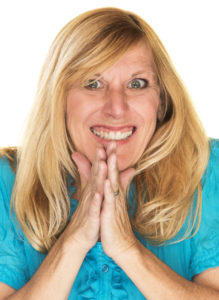 So the Insurance Executives and the pHARMa executives are rubbing their hands in glee over all the sick people because they get to make so much money.  And the people are begging for Medicare for All.

That is a long answer to the earlier question about homeopathy not being more mainstream and practiced by doctors.  People who recover from their illnesses are less profitable to the insurance companies than those who remain sick.  Not because they make so much on the really sick customers, although they do.  But it makes others think they could be the next ones with a chronic disease diagnosis.  So they buy insurance–or their employer does.

Yes, Homeopathy to the Rescue

First line of health care should be homeopaths, naturopaths, TCM doctors, and chiropractors.  If you get sick and are unable to be helped, then go to a conventional medicine practitioner.

If you would like to do your part in Healing the World, schedule your appointment at Lotus Homeopathy today.  Heal your chronic illness. Don’t just manage or suppress it with drugs and surgery.

If your chronic illness is PTSD, join our Facebook Group Healing PTSD Naturally.  We are currently conducting a PTSD & Homeopathy study.  If you are interested in participating, please download the application from the Files section of the FB Group.  If you are not on Facebook, please use the Contact form at the bottom of the Contact Us page and let me know you’d like an application.