You knew this Blog Post was coming, right? Back during the influenza pandemic of 1918-1919, in some populations, the death rate for those with influenza was approaching 30% if treated with western medicine.  But for those treated with homeopathy, it was 1%.  And those who died after homeopathy were generally using it out of desperation because the western medicine approach didn’t work.  Given the symptom set of the novel corona virus, homeopathy is a likely option for protecting and healing yourself and your loved ones. 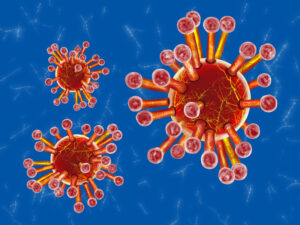 The Novel Corona Virus (Co-Vid 19) is in the news everywhere.  You can’t escape it.  Even your 401K probably took a hit from the Corona Virus.

Normally corona viruses are among those that give us a cold symptoms.  Likely, everyone who is an adult has had a corona virus infection in the past.  This current scare is a novel corona virus that had not been seen before in the human population. There are approximately 7 different types of corona virus that affect humans directly. There are others, including the Co-Vid 19 that include animal to human transmission.

Co-vid 19 seems to be producing more flu-like symptoms than cold symptoms, at least in people who have gotten very ill from it.  Those who are responding with just cold symptoms may not even have been tested for it. Some people who have tested positive for Co-Vid 19 are actually asymptomatic. There is so much we just don’t know about it. On a positive note, people seem to feel they need to wash their hands now.  Let’s hope that behavior continues. Another positive note, children do not seem to be affected by this virus. As of the time of writing this, there is no explanation for this phenomenon.

According to the Chinese Center for Disease Control and Protection, of 44,672 confirmed cases, only 4.7% were considered critical.  This includes respiratory failure, septic shock, and/or multiple organ failure. Nearly 81% are considered mild.  https://www.livescience.com/new-coronavirus-compare-with-flu.html

The symptoms of Corona Virus seem to include the following:

For those of you who are familiar with homeopathy, you know that, with the exception of the first three, most of those symptoms are not particularly helpful.  The information I have on remedies that would be useful are based on published stories from people who had the virus and gave a bit more information about how they were feeling physically. 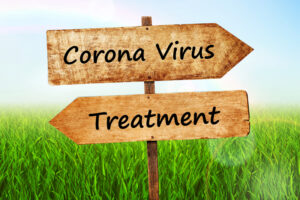 Most Corona Viruses produce common cold symptoms.  But this novel Corona Virus, Co-Vid 19, seems to produce more flu-like symptoms, at least in those who have been tested.  So a review of the most likely homeopathic remedies for influenza is in order.

The first four remedies are the remedies that seem most likely to be helpful for Co-Vid 19, based on what I have read.  They also happen to be the most common influenza remedies.  What that should tell you is that while the virus itself is new, the symptoms it produces are not.

The other remedies are common influenza remedies that you may also find helpful.

The following remedies have been verified in practice by homeopaths in Europe and the US.