Are We Under A Moral Obligation To Vaccinate Our Children?

I don’t know about you, but it is really easy for me to get addicted to Law & Order:  SVU. There was one episode, however, that disturbed me.  A family was accused of causing the death of a child of another family because their child wasn’t vaccinated.  They were treated like common criminals for exercising a choice.  The cops were as angry at them as if they were pedophiles. 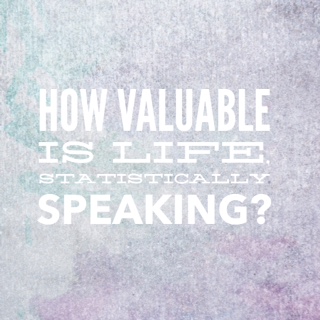 Minnesota law provides for a conscientious objector status for parents who do not wish to vaccinate their children.  If a parent feels that they are not confident that it is a safe thing for their child, they can abstain from “shots”.  There may be other reasons for not doing so, but Minnesota recognizes a parent’s right to make an informed choice on the matter.

Some people would say that there is too great a risk to not vaccinate.  Those childhood diseases are potentially deadly (never mind that they never used to be considered dangerous).  Plus, there are children who have compromised immune systems and they cannot be vaccinated, so they need to be protected.  It is referred to as doing it “for the greater good.”

Others say that there is too great a risk to vaccinate their child.  There are toxic ingredients in vaccines as well as human fetal tissue and parents simply aren’t willing to take that risk.

So therein lies the moral dilemma:  Who do we protect?  The immune compromised child who may or may not catch the disease?  Or do we protect the seemingly healthy child to prevent them from potential harm from the vaccine.

Many folks claim that vaccines are perfectly safe and cause no damage, although this simply isn’t true as billions have been paid out of the Federal Vaccine Injury Compensation Fund, over $3 Billion so far.  This denial of harm has always been a mystery to me.  That is, until I read an article on Risk Management which was posted in CFO magazine.

In the article, entitled “The Value of Life, Statistically Speaking”, the author, Rick Jones states:  “Inoculating children to prevent infectious disease transmission is good for society from both health and financial perspectives, but some initially healthy children may suffer adverse reactions, injury, or even death. For vaccines, the enormous societal benefits trump the tragedies of the few.”  And “The lives saved and dollar benefits from vaccines are hard to calculate, but it’s safe to say that these and other immunizations have greatly improved the quantity and quality of life for millions of people — at the tragic, yet accepted cost of a few.”  Click Here to Read the Entire Article.

Wow.  When I read that article, I was stunned.  I always thought that there was a belief amongst those in power that some collateral damage with the vaccine program was acceptable, but I had never seen it in writing.  This article moves that viewpoint past being just a conspiracy theory to being a fact.  It’s kind of a relief, actually, to hear someone say that they really don’t care about other people’s children.  They no longer need to pretend that they aren’t morally bankrupt.  They have just admitted it.

As a homeopath, I have helped children and adults who have been vaccine damaged.  I have sat with parents who have wept and said that they would have rather had their child die from a childhood illness than have them live the life they have now.  And they feel horribly guilty for feeling that way. They do not feel their contribution to the “greater good” was worth it.

Back to the moral obligation to vaccinate children.  Perhaps the obligation isn’t as strong as it once was, given the admission in this article.  They actually admitted that there is collateral damage, and it’s okay.

We do have to remember that some people just don’t care what happens to other people.  On a personal level they do, but on a societal level they do not.

I do care that someone might die from an acute disease, but there are many ways to prevent complications from diseases such as measles. Vitamin A and Vitamin C, for example, are known to reduce the risk of complications. There are also natural methods of protecting your children from infectious contagious disease.  As a homeopath, I offer a safe alternative–homeoprophylaxis.  Check out my web site for more information.