PTSD & TV and Movies: What Remedies Do They Need? Part 1

This is the first in a series of occasional blog posts about PTSD and TV and Movies. I hope you will find some help or some encouragement from these posts.

You don’t just have to watch movies with military settings to see PTSD included in the story line.  Lately PTSD is portrayed frequently as a mental health issue being suffered by a character in the movie.

SPOILER ALERT:  You may want to wait until you watch the series to read this blog post.

After wanting to watch this series for quite some time, but not getting much buy-in from the family, I decided to start watching it a week ago or so.  It didn’t take long to see PTSD displayed.

I specifically want to point out two characters.  Let’s start with Jack. 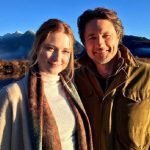 Jack is a former military officer who is having flashbacks to his time in Iraq.  His PTSD seems to be less about his life being endangered and more about his guilty feelings about a death from someone he was responsible for.  In the show, he is a very responsible person.  (Somehow, his business seems to thrive, in spite of his taking off to help various and sundry people throughout the community.) In Season 1, Episode 5, we see him in a full-blown flashback, completely checked out from what is going on around him.

In addition to his feeling that he has neglected his duty of keeping his men safe, he is also suffering from some long held grief as well. His fellow soldier who died wasn’t just someone he was responsible for, he was a friend, a buddy.

We learn about Mel’s troubles gradually over the course of the first season.  We first learn that she has lost a baby, that she gave birth to a stillborn baby. Then she was told she would never be able to have a baby again.

After wanting to try IVF again, she got into an argument with her husband while he was driving and he looked over at her and got hit on his side of the car and died.  She holds herself responsible for his death.

A First Remedy for Jack 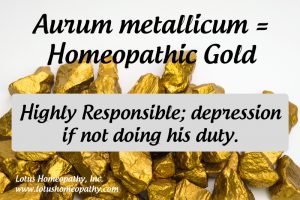 There are a couple of possibilities for Jack.  One possibility is Aurum Muriaticum Natronatum or Aurum Metallicum.  The reason for one or the other of is remedies is that Aurum has a very strong sense of responsibility and can easily slip into depression if they feel they have not done their duty.  Aurum also carries grief heavily.  I use the word “heavily” because Aurum is homeopathic gold, which is pretty far down the periodic table.  Adding the Natrum and the Muriaticum to Aurum doubles down on the grief, but also, it covers his sense of ambivalence about his casual relationship with Charmaine.  Natrum is a loner, and Muriaticum has issues with connecting and disconnecting with people.

Ignatia is the second possibility for Jack.  I have worked with a lot of military people who have PTSD from feeling responsible for the deaths of those who were under their command. They gave the orders so they were responsible.  Ignatia also has a strong sense of responsibility and is a very common grief remedy.  There isn’t quite so much heaviness with the grief as there is with Aurum.  There is a certain sense of shock associated with all the plants in the Loganiacaea family, which includes Ignatia, and a sudden death of one of the men for whom you were responsible would fit into this remedy nicely.

I referred to a First Remedy because there is likely something else underneath there, but I don’t know what it would be.  If I had to prescribe just on the symptoms I have seen on the show so far, I’d start with Ignatia, based on my previous experience.  On the other hand, I have also detected that I might not give a client with PTSD any different remedy before the incident than afterwards.  They were susceptible to develop PTSD before any thing occurred to trigger it.

A Remedy for Mel

I would likely give Mel Ignatia first as well.  She has had two sudden grief episodes—first her baby and then her husband.  She would need repeated doses of a pretty high potency, like 10M or 50M.

Mel probably always needed Ignatia.  Remember that it was revealed that her mother died of Cancer when she was 11.  In addition, her sister died before Mel was born.  Her mother may have needed Ignatia from that grief and passed the state on to her baby.  Also, Ignatia is in what is referred to as the Cancer miasm.

Interestingly, Mel experiences a lot of shocking situations in this show.  These include getting there and having a horrible place to live, being attacked in the doctor’s office, finding things out about Jack and Charmaine in unexpected ways.  At least the script writers are consistent!

Many More Remedies for PTSD

These are fictional characters and I obviously cannot ask any probing questions.  But based on a superficial look at the characters and knowing the remedies well, it is fun for me, and hopefully helpful for you, to take a look at some possibilities.

If you would like help finding a remedy for your PTSD, set up a complementary consult and we can chat a bit.  Or if you would like to get started right away, schedule an initial consult.

PS, I have written many other blog posts about fictional characters and their potential remedies.  Check here, here, and here.